Aristocrat free to play demo slots with no registration 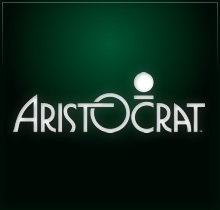 As one of the greatest gambling cultures in the world, it’s no surprise that Australia has produced a giant in casino game manufacture: namely, Aristocrat Leisure Limited. Aristocrat came out with its first slot machines for “bricks-and-mortar” casinos back in 1953; some 50 years later – perhaps in observance of its golden anniversary year – Aristocrat released its first internet-based slot (and thus its inaugural free-play demo slots game) under the Aristocrat Online brand.

Today, Aristocrat demo slots are usually acknowledged as the second-most prolific producers of traditional video slot-type games for casinos all over the world. The company employs over 2,000 employees, runs PR/product development in five countries (Australia, Japan, Russia, South Africa and the US, to be precise) and its slots are played on all six continents. Despite shrinking returns in its home country, Aristocrat perpetually looks elsewhere to increase its mammoth standing in the gambling universe: In 2014, the company made business headlines with its acquisition of US-based Video Gaming Technologies, Inc., for a whopping $1.3 billion, a move that increased the Aristocrat-branded game catalog threefold.

Aristocrat slots that are free to play and no download required

Mobile casino games and live dealer games are touted by many as the future for the online casino industry, and Aristocrat Leisure is certainly very much at the forefront of these sub-genres as well. While Aristocrat Online does not enjoy quite the dominant status as the company’s land-based enterprise, the brainpower and experience amassed by Aristocrat through the decades has resulted in nearly every one of the company’s online slots carrying some notable feature and/or innovation. Naturally, the technology, graphics and excitement translate well to the internet milieu and Aristocrat has all the familiar standards covered.

Many of the earlier releases among Aristocrat free demo slot games are based on tried-and-true titles from land-based casinos, as exemplified by two sequels based on the company’s flagship titles: Here, we’re talking about Queen of the Nile II and 50 Dragons.

The original Queen of the Nile slot machine was an old-fashioned one-armed bandit dating back to the company’s first-ever game releases, and the incredibly popular demo play slot sequel accentuates the simplicity of old-school slots. The symbol set in Queen of the Nile II is populated by typical icons of Egyptian lore – golden scarabs, the eye of Horus, King Tut’s profile, etc. – against the low-paying poker run symbols. Surely what draws the players, though, is the “choose your own” free spins bonus. When three scatters (represented by the pyramid) land on a single spin, the player gets to select from among four choices ranging from five spins at 20x bonus multiplier to 20 spins at 2x multiplier.

Free play 50 Dragons is one of many Aristocrat demo slots that takes the player into the milieu of China (no coincidence here that the company is the top distributor of slot machines in Macau). As in Queen of the Nile II, the highlight feature of 50 Dragons is in the free spins. After landing three scatters, 10 free spins are awarded *but* the player also receives a bonus of an additional wild symbol on the reels per free spin – meaning that by spin #10, the player is given the opportunity for quite a huge win.

Of course, these standards are just a pair amidst Aristocrat’s ever-burgeoning catalog of quality demo slot machines. For the general slot player, among highly recommended titles are:

Miss Kitty – If any theme is more popular with the free demo play slots world than Ancient Egypt, it’s gotta be cats. Miss Kitty free play is Aristocrat’s contribution to this subgenre, and it’s about as cute as you’d expect. Across 50 paylines are spread all the objects of the title character’s desire: stuff like milk, toy mice plus eminently killable bluebirds and goldfish. During the free spins round, Miss Kitty herself serves as a sticky wild to increase those winnings. Play Miss Kitty demo slot here, on DemoSlotMachines.com

Red Baron – Travel back to the World War I era in this demo slot, but this time a lot less bloody and a lot more lucrative. The wild symbol not only substitutes for all other symbols, but also tacks on a nice bonus multiplier on wins of up to 5x. And the bonus round is another of Aristocrat's "choose your own"-type games. Essentially, choose how many enemy plans you wish to "shoot down" (i.e. land on the reels during the 10 free spins) for a bonus multiplier of up to an insane 140x! You can play Free Red Baron slot demo game here!

Where’s the Gold – This particular demo slot is frequently listed among Aristocrat Online’s most popular titles, likely due to the exciting bonus feature, which works like so: After landing the requisite number of scatters in a “base game” spin, select a gold-mining character in a “pick ‘em” round. This will randomly determine both how many free spins are awarded and which icons (up to four!) will be turned wild during said free spins.  Of course, you can play Where's the Gold slot machine for free.

Through the above-mentioned acquisition of Video Gaming Technologies, Aristocrat supplemented its catalog with a nice number of big-name franchise titles. While some of these aren’t yet available in online versions, US players in particular will dig on free play demo slots like:

The Sopranos – Still fondly recalled years after that notorious series-ending episode and the passing of James Gandolfini, Tony and the guys are alive and well in slots form. This free demo slot is about as big-money as the gang’s activities, with the "Crime Family Free Games" round and the somewhat paradoxical "Raid Bonus” features. In the latter, you must hide the virtual envelopes; choose from among the floor, closet, ceiling and container to stash but beware: only two hideouts are safe. Each triggers a scene from the show. The scatters labeled "BADA BING" trigger the former, actually a series of four bonuses through which the player can level up to progress, winning lotsa free spins and sick payouts on the way.

Game of Thrones – The Aristocrat folks were surely ecstatic to land the rights to produce a slot based on this global TV phenomenon, and the production values here are indeed massive. While the land-based version of the game is strictly Aristocrat, the internet version comes from Microgaming and Quickfire software, which kept the look and gameplay the same for the online demo version. A huge 121,000 coins may be won and especially of note in this one are the automatic payouts awarded when just two scatters land; three naturally springs forth the 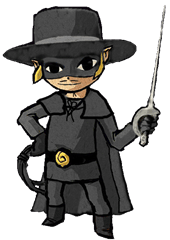 Zorro – A classic in the demo slots online world, the Zorro game is rendered in the familiar Aristocrat Online style; the swashbuckling hero leaves his mark by graffitting over the poker-run symbols with Z-O-R-R-O. Landing all five letters of the hero's name in a spin enters the player into bonus spins: The player chooses between five and 20 spins, with bonus multipliers paid when those familiar letters reappear.

These sample titles are merely scratching the surface of what the Aristocrat free demo slots catalog has to offer. Check out our site for lots, lots more from a world leader in slots!