The typical video slots from previous decades have been wonderful in allowing land-based and online casino gamers to enjoy top-quality slot game entertainment, until the 3D demo slot was introduced… Better known these days, you’ll find 3D slots at nearly every casino- land or internet-based or not. These futuristic versions are nearly identical to video slots except they offer more thrilling visual impact and stunning graphics that work in real-time animation while you play. It’s no surprise that the level of technology has further increased the need for lots of eye-catching stimulation which works great for home entertainment video games, but we’ll also help you discover why 3D slots are more than the typical one-of-a-kind category too. And since most people are very interested in what else in offered, like prizes and bonus features, you will get plenty of info about that also. Why 3D demo slot has become so popular in recent years is anyone’s guess, though you’ll have plenty of great samples that are among the top selected which will be discussed. Everything you want to know about 3D slots, and perhaps a bit more is right here.

What are the various types of 3D slots for free play?

While a majority of 3D free play slots started to appear around 2010 from a variety of respected developers like Microgaming, NetEnt, and Betsoft, the concept never followed any specific pattern. Most video slots games that offered enhanced graphics were usually from the 5-reel slots. There were also many table games like roulette, craps, and blackjack which typically allowed a 3D perspective view of where a player might be sitting at a real playing table. And still there were other games including classic 3-reel slots that also offered a first person view of a slot machine. However the true description of a free 3D slot has all the evident visual signs right when you begin the game. There are many slots which start with a short intro that usually tells a story and features very fancy animation and music much like a Pixar/Disney film might look.

The main character of each game will no doubt then appear on playing reels after this intro has finished. They may also show up in the bonus (second screen) games which involve a variety of prize picking or puzzle type game. These characters will be moving around and reacting to what happens on the reels for any spin played. When the reels don’t spin, they still do something to let you know they are not going away anytime soon. Unlike video slot games, these characters look entirely 3D in nature as if they could leap off the reels at any time. When you win something, usually they’ll dance with the celebration win along with you!

Take a look at any of the most popular 3D slots around, and you’ll see why they don’t compare with video slot games a single bit. Many of these new 3D slots come with HD graphics included, so expect brighter, crisper images than the video slot games. Not that the newest video slots don’t feature excellent graphics, go and compare these two games from 2010: (Thunderstruck II from 2010, and ˝The Great Galaxy Grab˝ from 2009), both are from Microgaming. Among the most popular 3D slot games from NetEnt is Gonzo’s Quest which showed-up in early 2013 is a perfect example of how these 3D slot games rose-up from a loyal fan base.

Win celebrations are obvious for most video slot games, but when a 3D slot has a winning combo- it’s electric nonetheless! Icons explode from the reels, coin-filled rivers seem to pour endlessly through the reels, and characters jump off the screen as if you were watching those old Looney Tunes characters. Not to forget that many of the newer 3D slots for free play offer big progressive jackpots like ˝Enchanted˝ from Betsoft, and certainly Gonzo’s Quest with a multiplier bonus line. Entertainment is the whole package when 3D demo slots are played. Just about the time when mobile gaming was getting started, many of these online developers already offered these 3D slots for smartphones and tablets! What could have been better?

What is the history of 3D demo slots? 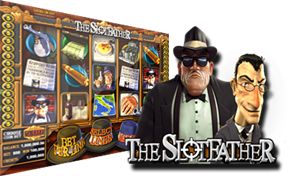 Among the very first to introduce the free play 3D slot was Microgaming which released ˝The Great Galaxy Grab˝ in 2009. The game itself was a flop for a couple of good reasons. One reason was that Microgaming developers weren’t impressed by the ‘Galaxy Grab’ 3D graphics at that time. It wasn’t until 2011 that ˝Sterling Silver˝ was released from Microgaming which included built-in 3D graphics that needed 3D glasses. While this improved the 3D feeling, it also was a flop with fans since many online players didn’t like the cheaply made 3D glasses which online casinos would be required to send to their customers at that time.

By the next year in early 2012 Betsoft unveiled The Slotfather and other 3D demo slots which became some of the better known and popular 3D slots around. Even though Microgaming was the first to have a true 3D demo slot in 2009, they didn’t re-enter the field until 2013. Sadly enough this included a whole slew of Sheriff 3D slots that were offered through Microgaming casino sites. While the graphics for Sheriff 3D free play slots were truly impressive, the company plug was pulled before their games ever had a chance to be favorites for online players.