All of your favorite DC Comic characters and their slot games 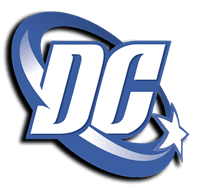 It’s true: DC Comics’ masterful competition over at Marvel had light years of an artistic lead in the superhero movie race well before the 2017 release of Justice League. Just as true, however, is that the lineup of DC’s biggest four-color badasses known as the Justice League remains *the* superhero team. The introduction of Superman and Batman in the late 1930s precipitated a full-on onslaught in superhero-starring comic book/comic strip production. Shortly after EC Comics (the progenitor of DC Comics) had built up a massive stable of heroes, the concept of the “justice Society of America” was born. 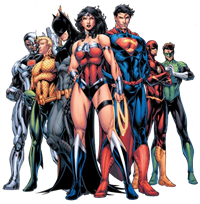 In 1940, Gardner Fox penned the first adventure of the “JSA”, a teaming of The Flash, Green Lantern, Doctor Fate, Hour-Man, the Spectre, Sandman, the Atom and Hawkman. (No girls allowed, eh, boys?) The JSA only lasted for about 10 years; the DC Comics editorial board decided to revamp its major characters in the 1950s, perhaps one of the first-ever pop-culture reboots. Green Lantern’s power ring went from a mystical object to a science-fictiony dimensional conduit. Hawkman went from a dude who dressed up like a hawk and could fight to an alien born with wings. The Atom went from a really short guy who could box to a scientist with physics-warping powers. Black Canary went from a chick who could fight … you get the idea.

The original Justice League of America was also written by Gardner Fox for a 1960 issue of The Brave And The Bold and check out this lineup: How do you like Superman, Batman, Wonder Woman, the Flash, Green Lantern, J’onn J’onzz the Martian Manhunter and Aquaman (okay, so nothing’s perfect)? Since then, the JLA has been successfully adapted to two major animated series franchises (the Super Friends series of the 1970s/80s and Justice League/Justice League Unlimited in the 2000s) while running continuously in the comics.

And despite the cinematic head start from Marvel, we’d certainly be willing to bet that most folks can more readily name the members of the JL before, likesay, the Avengers or X-Men any day.

Who would win in a fight between the Justice League and the Avengers?

Are you serious? You really want to do this? Even with the original lineup for the Justice League, you’ve got an alien who can move planets; a demi-goddess; a guy who can move faster than light; a dude who can conjure up anything he imagines instantly; an alien whose powers include invisibility and shape-shifting; the proclaimed King Of The Seas; and Batman, who rules because he is Batman.

So what happens? Thor could probably fight Wonder Woman to a draw in a god-level clash, but then who do the Marvels throw at the JL? Iron Man, the Falcon, Hawkeye and Ant Man are all technology-aided; Black Widow has only martial arts. Finally, brute strength of The Hulk and Captain America are nothing when one still needs oxygen – and by various means, at least four of the Leaguers (Green Lantern, Flash, Superman and Aquaman) could deprive them of the O2 within seconds.

What about the Justice League-themed slots?

As the DC Comics appeared to be hitting some stride with Superman v Batman and Suicide Squad, Nextgen Gaming released a series of six Justice League-related slots games featuring the team itself and five of its more iconic members each getting a solo turn. We’ve done more thorough reviews here, but here we’ll run down the list in brief, going from best to worst. 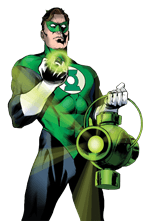 Justice League. In this case, the whole is definitely greater than the sum of the parts, as this one’s the best of the line by far. Great features like respins with sticky wilds – without having to play a “Bonus Bet”, either – help, but in this slot, it’s the colorful and well-rendered design that really wins over the DC Comics fan.

Green Lantern. If the 2011 film starring Ryan Reynolds had been half as good as this slots game, the DC movie universe (not to mention Deadpool) would look a lot different now. Ol’ GL’s power ring and recharging lantern are naturals for matching up on the reels and launching bonuses, which this game does in great form. And it all culminates in a video bonus round facing Hal Jordan against his arch-nemesis Sinestro – that’s the way things should be, Hollywood!

The Flash. Always the most fun-loving and comedic of DC heroes, the zaniness of The Flash is well captured in Nextgen’s slot game. The kick of the Flash comic book was always the unending rogue’s gallery full of baddies, each more extravagantly costumed than the last. Here, Captain Cold, Gorilla Grodd and the Mirror Master gang up together to finish the Flash once and for all – and star in three different free spins bonus rounds!

Superman. Sadly, the originality and excitement of Nextgen’s Justice League slots drops a level here. On the plus side, game designing folks did a swell job in capturing all aspects of the Superman mythology and the video bonus round is a kickass multi-stage video bonus round. On the other hand, the Superman slot’s primary weakness isn’t kryptonite but rather high variance-ness. Simply too little happens too often before the truly interesting stuff happens. An alternative: Superman, Last Son of Krypton by Amaya Gaming.

Batman. More atmosphere, please! A great reason for the success of Batman cinematically is the post-film noir style employed by Tim Burton, Christopher Nolan and Zach Snyder (albeit in drastically different fashions). Batman visuals should draw inspiration from 1930s  German Expressionism – or at least a Sam Spade cityscape. Sure, it’s always awesome to see the Joker (particularly in an online casino, har de har), but the suddenly day and bright music might as well be from the TV show. An alternative: Microgaming’s big-budget Dark Knight slot based on the aforementioned Nolan flicks; that’s what most of you want in a Batman slot, anyway...

Wonder Woman. Poor Diana Prince; once again, Wonder Woman is given the short shrift by those who would write her. (When WW joined the JSA, she served the boys in the capacity of – get this – secretary.) The poker-run symbols and the frankly lame game symbol graphics make it appear as though the Wonder Woman slot is merely a slapdash remake of the Cryptologic game of the 1990s. Unlike the 2017 movie, this slot’s a must-miss. An alternative: Wonder Woman Gold by Bally. Based on the Lynda Carter-starring show, this slot is all the fun and Amazonosity that Nextgen missed out on, and one of the best superhero-themed slots we’ve seen, honestly.